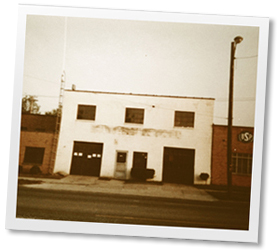 Bag A Sweet Candy Company was formed as a partnership between brother in laws Frank Stansny and Al Tokar. The two Broadview Heights residents started bagging bulk candy in the basement of Al’s home on Wallings Road before moving into a building at 4011 Brookpark Road. They sold the bags of candies to grocery, drug, and convenient stores through a network of 6 independent distributors. The 1200 square foot two-story building was the home for the company until 1982 when the company was sold to Tom and Judi Scheiman. The major customers in this period were Fisher/Fazio/Costa, Leader Drug, Friendly Drug, Silverman’s and over 125 Convenient Food Mart Stores. 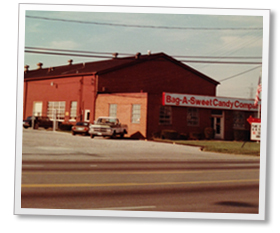 Tom and Judi, the current owners, moved the company 4 miles west to 10904 Brookpark Road into a 4,000 square foot building and started selling candy to the public. The retail store name, Joey’s Candies, was named after Tom & Judi’s son, Joe. Over a 5-year period, the company opened 10 additional Joey’s Candies retail stores throughout Northeast Ohio. The business climate changed in the early 90’s and the company changed its focus. In 1993 we closed or sold all of the 10 Joey’s Candies stores and incorporated a new corporate identity. The new name, b.a.Sweetie Candy Company, d.b.a.Sweetie’s Candy was born. The company’s top wholesale customers include Stop&Shop, Marc’s, Top’s Supermarkets and Medic Discount Drug. 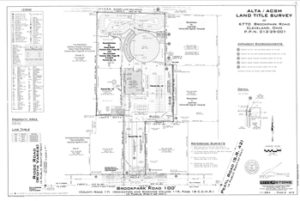 The company moved east on Brookpark Road about mile to its new home at 7480 Brookpark Road. The 6,000 square foot building was retrofitted to incorporate the new “Big Box” design of selling candy to the public. As the business grew, so did the need for more space. Over the next 12 years, the company continued to buy out neighboring store leases and expand the store 3 times to its current 21,000 square feet. The company expanded into the web business in 1999. Sweetie’s Candy of Arizona was opened in July 2010. The top wholesale customers included Tops Supermarkets.

What People Are Saying...